NESCAFÉ RED CUP Kicks Off 2019 Campaign, Creating “#The One in Your Heart” Phenomenon to Nurture Stronger Bonds through a Personalized Cup of Coffee 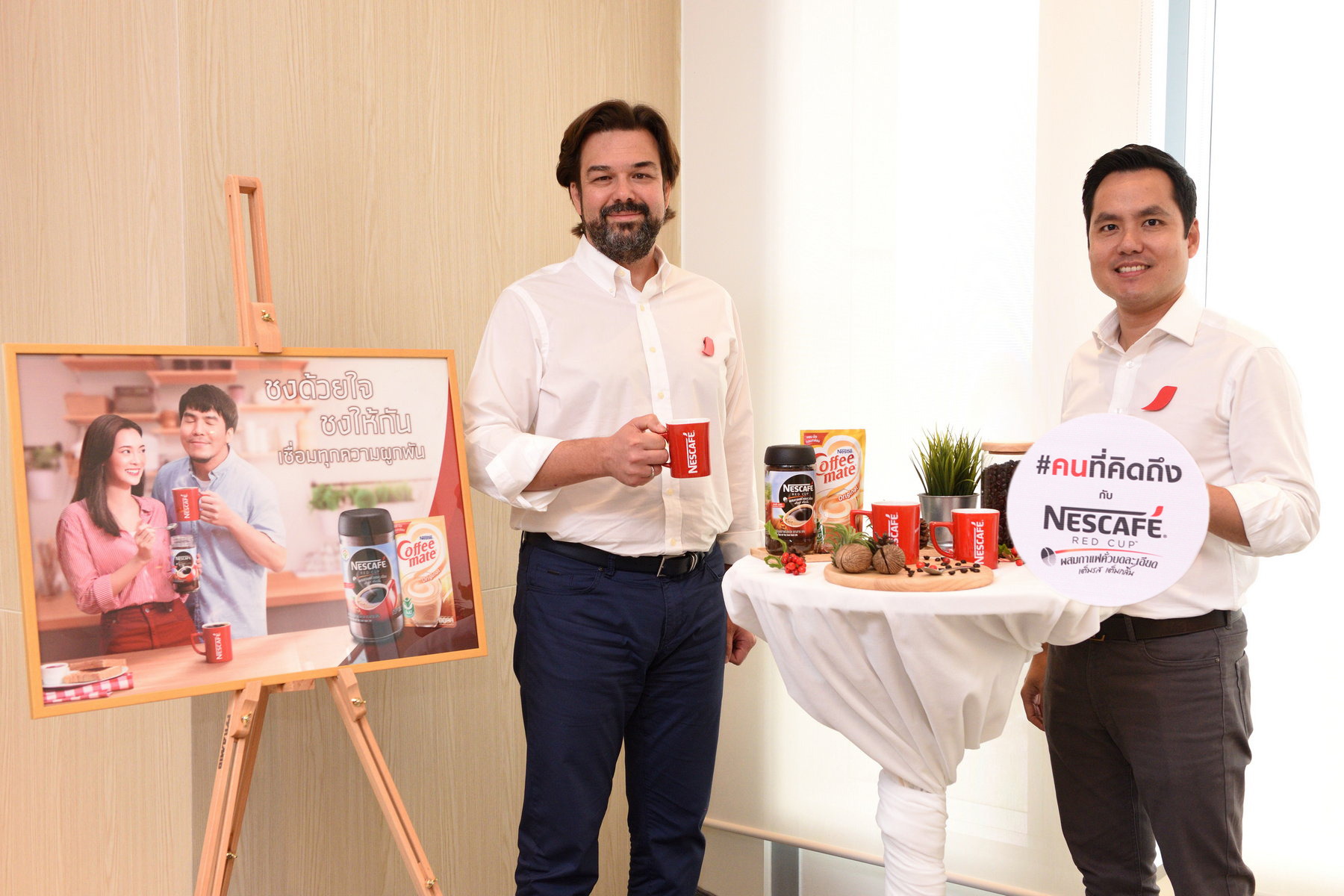 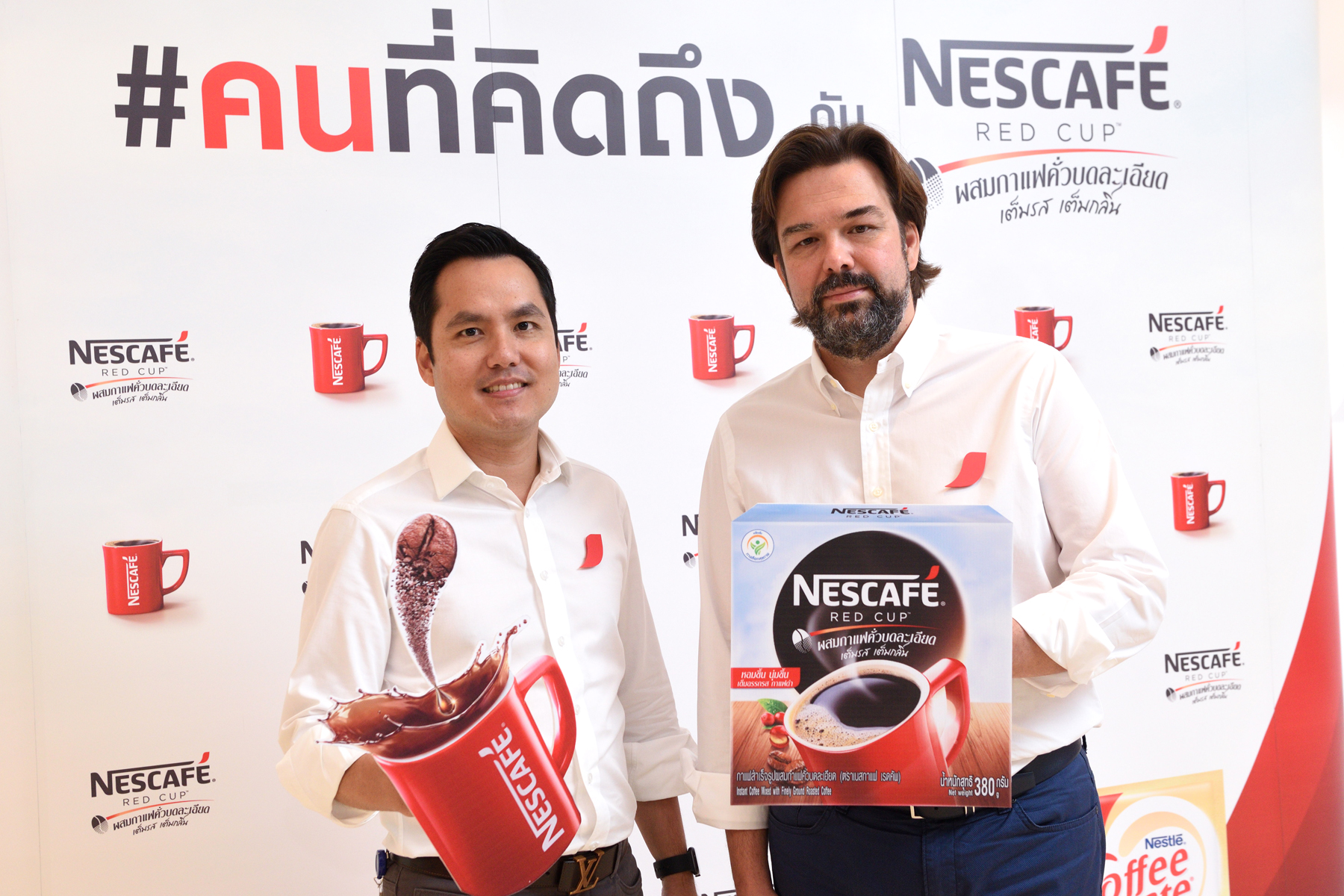 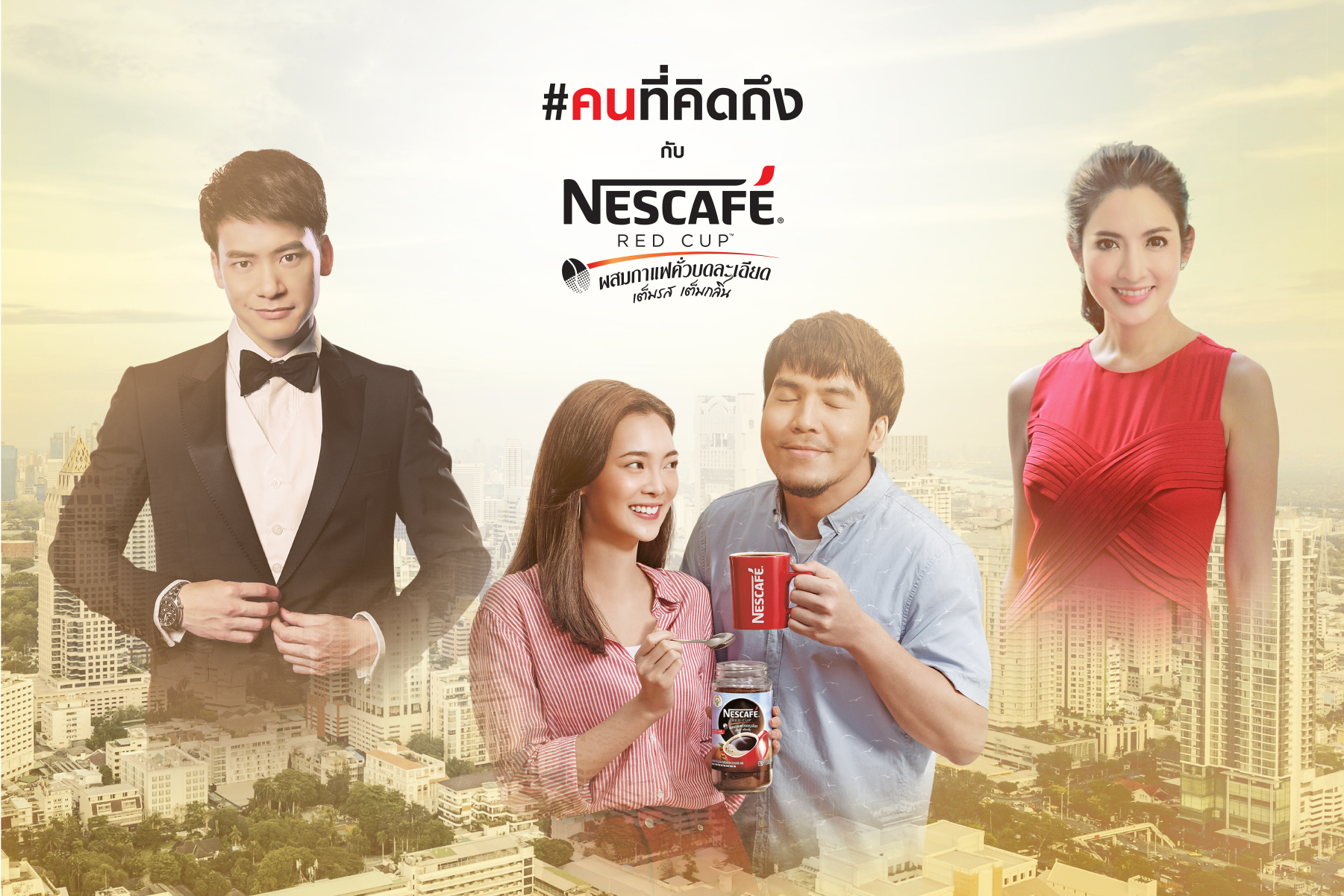 Bangkok – January 28, 2019: NESCAFÉ RED CUP is starting the New Year with the launch of its “#The One in Your Heart” campaign, which builds on the “Nurture Stronger Bond” concept the brand introduced in October last year, to drive the growth of Thailand’s 19,000 million baht in-home coffee market. The new campaign inspires Thai people to return to the great experience of a personalized cup of coffee with NESCAFÉ RED CUP, which offers the full flavor and rich aroma of finely-ground roasted coffee and is the first product in the pure soluble coffee segment to be certified with the Healthier Choice Logo. NESCAFÉ RED CUP is investing over 200 million baht in an integrated marketing communications strategy for this campaign, offering the first-ever opportunity for Thai coffee drinkers to enjoy the indulgent experience of a personalized cup of coffee together with 14 of the most-missed stars at 10 high-traffic locations nationwide in Bangkok and other urban centers. There will also be manyexciting activities both on-ground and through NESCAFÉ’s digital channels targeting 48 million consumers nationwide.

Last year, Thailand’s in-home coffee market, valued at 19,000 million baht, experienced positive growth of 4.8%, while the pure soluble coffee segment, valued at 4,000 million baht and with 3.7% growth, was the key success driver for this segment. As the number one coffee brand in Thailand, NESCAFÉ was a key player in driving the coffee market with continual, engaging marketing campaigns. The “Nurture Stronger Bond” campaign introduced in October 2018 was that year’s biggest, celebrating NESCAFÉ’s 45-year journey in Thailand and asserting its brand proposition of being a connection builder, as well as reinforcing its position as the No. 1 coffee brand in the country. Across Thailand, people drink 20,000 cups of NESCAFÉ coffee per minute, or over 300 cups per second.

“This year, we will continue our journey to cultivate the superior experience of a personalized cup of coffee with NESCAFÉ RED CUP by launching our ‘#The One in Your Heart’ campaign, which is known as ‘Khon Tee Kid Tueng,’ in Thai. It’s the first campaign of the year to reinforce our ‘Nurture Stronger Bond’ concept and encourage Thai people to strengthen their bonds together with NESCAFÉ RED CUP,” he added.

The name #The One in Your Heart, or Khon Tee Kid Tueng, has a double meaning that captures the campaign’s two core elements. The word “Khon” represents a person that you’re thinking of, while the term “Khon Kafe” means an indulgent moment of making a personalized cup of coffee.

“#The One in Your Heart campaign aims to reignite the value of making pure soluble coffee through bonding, supported by integrated marketing activities to engage Thai people. We have allocated over 200 million Baht to bring 14 of the most-missed stars in Thailand to offer a delightful personalized cup of coffee to Thai coffee lovers in 10 locations nationwide including Bangkok, Phuket, and Buriram, starting from our official launch tomorrow (January 29) until the end of February. We expect this campaign will create a stronger bond among Thai people through a personalized cup of coffee and reach 48 million consumers nationwide,” said Mr. Andreev.

In addition to the on-ground activities, the campaign will be supported by a 15-second TV commercial entitled “Khon Tee Kid Teung” featuring Manasaporn (Proymon) Chanchalerm and Pongsatorn (Phuak) Jongwilas which will air during January to March; a web film to promote the “Khon Tee Kid Teung” concept; a sampling program of one million cups nationwide; in-store promotions and point-of-sale displays; digital videos; and bumper ads. There is also a special premium offer when purchasing NESCAFÉ RED CUP together with Nestlé COFFEE-MATE in which the consumer will receive a carrying bag for free.

Details of “#The One in Your Heart” campaign roadshow